Overall national sales of Sport Utility Vehicles (SUVs) continued to climb in October, despite the overall vehicle market in Australia declining over the month, according to the latest data released today by the motor industry’s statistical service, VFACTS.

Tony Weber, the Chief Executive of the Federal Chamber of Automotive Industries, acknowledged the ongoing softening in sales as the market continues to adjust after record sales over recent years.

“Total sales so far in 2018 are a modest 1.3 per cent below the same number during the 2017 record year.  This demonstrates that the market is broadly holding firm, despite evolving consumer preferences demonstrated through the shift from passenger vehicles to SUVs” Mr Weber said.

“Given the slowing housing market and the current drought, the overall result demonstrates the resilience of Australia’s competitive automotive market.” 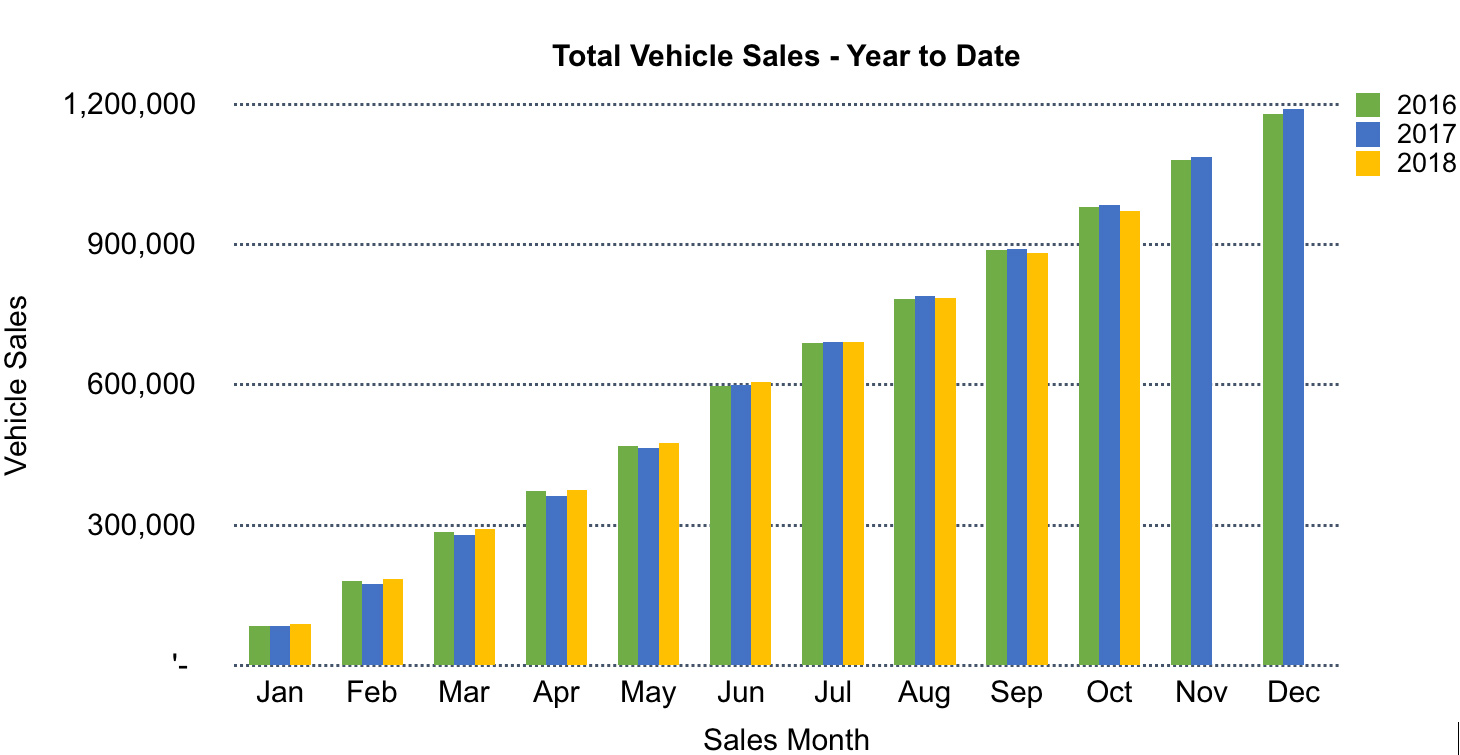 VFACTS monthly vehicle sales data is available at noon on the third working day after the end of every month. Select data and media releases on the sales results are available at www.fcai.com.au