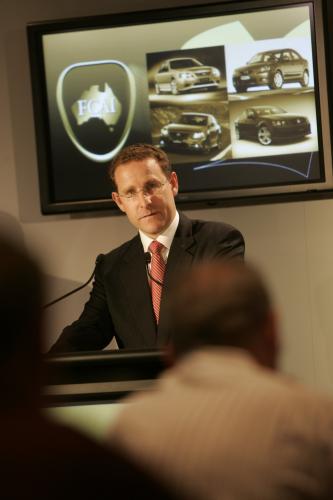 The automotive industry is concerned and disappointed that the Productivity Commission has ignored a number of key factors when conducting economic modelling of Australia's largest manufacturing industry.

The Productivity Commission concludes that the Green Car Innovation Fund "is unlikely to lead either to innovation spill over or lower greenhouse emissions."

"To state that an innovation fund aimed at reducing emissions will not result in innovation or reduced emissions shows the Commission's poor understanding of the competitive influences in the industry," Mr McKellar said.

The automotive industry is the largest investor in R&D of any manufacturing sector, investing more than $600 million per year on R&D.

"The Commission's report ignores the fact that the automotive industry is Australia's most valuable exporter after mining and that product innovation is essential to maintaining global competitiveness," Mr McKellar said.

The FCAI is deeply concerned that the Productivity Commission concludes that the closure of more manufacturing facilities in Australia "can also help remaining firms to reduce their unit costs of production and improve their viability."

"This statement is extremely disturbing for the industry because it is based on the false assumption that the cost to the economy of the closure of one or more vehicle manufacturers will be picked up by other car makers in the economy," Mr McKellar said.

"There is absolutely no evidence from the industry’s restructuring over the past 25 years that could be used to justify this assertion," he said.

The Productivity Commission estimates that each job saved in the industry requires around $300,000 in support each year from the Australian community .

"This assumes that if the Government abolished tariffs and the investment support program that employment in the automotive industry would contract by seven per cent but the outcome would be far worse and possibly cut jobs by 100 per cent," Mr McKellar said.

In light of the Productivity Commission's modelling, the FCAI will engage an independent analysis to provide a clearer understanding of the impact of Government policy decisions on the industry and the national economy.