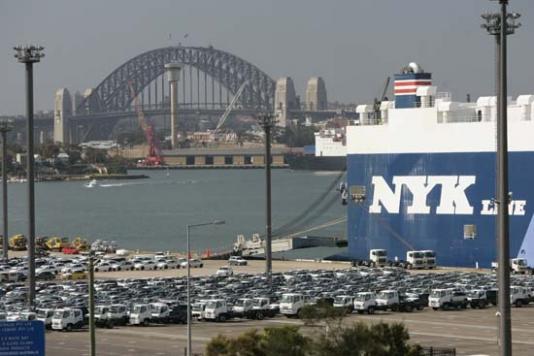 A plan to relocate car imports from Sydney's Darling Harbour to far-flung Port Kembla will add thousands of truck movements to crowded Sydney roads and cost New South Wales jobs, according to the Federal Chamber of Automotive Industries (FCAI).

The FCAI says the automotive industry unanimously believes that the relocation in 2006 of roll-on/roll-off dock facilities from East Darling Harbour to the Wollongong port would be economically inefficient and incur substantial costs to the community.

The industry is calling on the NSW Government to instead move the Darling Harbour activity to the existing Glebe Island terminal, backed up by access to the currently under-utilised facilities at White Bay.

"There is overwhelming evidence that the relocation of automotive import activity from Darling Harbour to Port Kembla is not justified and will lead to negative employment and environmental outcomes for NSW, said the Chief Executive of the FCAI," Peter Sturrock.

"Our industry remains extremely concerned that the Government may prematurely terminate the existing Glebe Island lease, due to run until 2012 with a further five-year option to 2017."

"Additionally, it is essential that all vehicle imports arrive at one location to ensure maximum efficiency in logistics and distribution."

A submission by the FCAI to the NSW Government estimates that a move to Port Kembla would increase land transport distances and deny back-loading efficiencies, requiring at least another 80 large car-carrying trucks on the roads.

The relocation would add up to 50,000 truck movements a year to the roads linking Sydney and Wollongong - increasing traffic congestion, noise and greenhouse gas pollution - and reduce road safety.

"Our modelling indicates that a claim by Port Kembla Port Corporation that there will be only a one per cent increase in traffic volume is highly doubtful," said Peter Sturrock.

"In addition, vehicle transport companies have expressed concerns as to the suitability of the local road infrastructure and the compatibility of routes for car-carrying equipment."

"Automotive companies are already exploring alternative means of servicing NSW, which could result in some imports shifting to the ports of Brisbane and Melbourne and a net loss of employment in NSW," said Peter Sturrock.

In the past year, 245,000 imported cars and trucks entered the country via Darling Harbour and Glebe Island, making Sydney Australia's largest port of motor vehicle delivery - in line with New South Wales' status as the largest buyer of automobiles.

Glebe Island has been described by P&O Ports as the most efficient car terminal in Australia thanks to its 24-hour/seven-day-a-week operation and the easy access to major roads for delivery to the Sydney metropolitan market.

"The Glebe Island terminal is by far the most efficient way of servicing an automotive market of more than five million people," said Peter Sturrock.

"It is therefore of considerable concern to the FCAI that the NSW Government would consider a relocation from Darling Harbour to Port Kembla and even more alarming that the government has made the announcement without consulting us first."

"We are concerned that this is the thin end of the wedge."

"The car industry calls on the NSW Government to urgently reaffirm its commitment to maintain automotive imports in Sydney Harbour until 2017."

Note to Editors: A publication-quality digital image and the full text of this release can be retrieved at www.pressroom.com.au